Ace Combat Assault Horizon is dazzlingly mediocre. It works well enough mechanically despite some missteps but the story is entirely clichéd and bland, like the writers had aimed for Skies of Duty and missed. If this keeps up, playing through a game a week for the next four years doesn’t sound like the best idea. I originally jotted up a piece on the tonal conflict inherent in arcade war games, but it felt woefully inadequate when Brendan Caldwell wrote a much better piece along the same lines for Rock Paper Shotgun. Read that and come back, I’ll wait. It also feels incredibly American, complete with a climactic final battle against evil Russians in the skies above The White House. Yet it was developed by an entirely Japanese team. But most of all, playing Ace Combat made me realise how my own hangups and politics can affect my enjoyment of a game.

All art is subjective. Video games are art.

I won’t make any claims to be a purely rational, objective observer, and neither should anyone who possesses all the squishy, nonsensical parts which make up the human body and experience. My enjoyment of and response to any work is dependent upon the whole of myself as a person with unique life experiences and prejudices. It is impossible to decouple the personal experience from an imagined pure quality or worth of a work, all I can hope is that you appreciate the perspective I provide.

Video games have the potential to move and excite emotions in the observer, or even just to provide a form of expression for the creators. Video games are just as significantly art as film or books. That’s the starting point for this blog, not something I’m going to try and justify with Planescape Torment or Spec Ops: The Line. Though as a developing format games have often struggled to be good art, if they are to reach their potential they must be taken seriously by players such as myself. So on these pages games shall be treated as such, which does indeed mean that they will be picked apart, deconstructed and generally critiqued. I do this not because I hate games, but because I love what they have the potential to be.

As such, I have a fundamental problem with Ace Combat. Ace Combat presents its protagonists as hero pilots of a near future (2015!) war, fighting for the US and slaughtering a whole bunch of rebels. African rebels from an unspecified country and Russian rebels. I’m a pacifist. Yeah, that’s awkward. Even more awkwardly, it steadfastly refuses to detail any motivations for player characters or their responses to the actions I have them undertake beyond “hey, that’s cool”. In fact, the only character with any motivation at all seems to be the final villain Markov, a Russian whose wife was killed in an American bombing (though this is revealed far too late). Markov is clearly trying to be a serious, dramatic character. 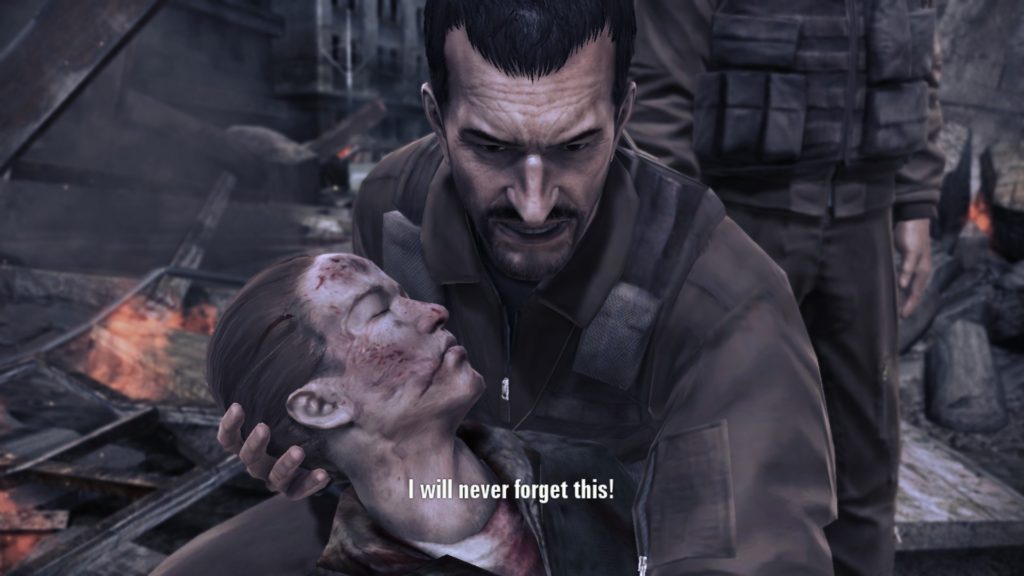 But insofar as any ‘good guy’ is developed, they could essentially be gamer self-inserts. Guts, Colonel Military-Dude’s wingman likes leering at women and drinking alcohol. That’s not a character, Ace Combat. That’s not even an archetype. Yet in the last few missions I’m supposed to care about whether he drowns after ejecting from his aircraft. He mowed down 50 or so dudes beforehand, so Guts probably deserves it, really. I sympathised more with Markov than this bland dudebro. A WMD detonating in Moscow is greeted with shrugs while the mere threat of similar actions on US soil wakes Ace Combat up from its stupor for Serious Emotional Scenes 1, 2 and 3, which makes this game incredibly hard for me to empathise with.

Give me a reason to bomb the dudes other than just because they’re rebels. I inherently like rebels, they’re willing to shake up the status quo, maybe bring some new ideas to the table. This game stages a coup in Russia, yet doesn’t even provide any motivation for its leader. This is a scenario that’s been played out since the Soviet Union was around, it ain’t that hard to fill in some blanks. Make him an old communist, make him an anti-western hardliner, hell, make him want to annex Crimea and the Ukraine. Just give me something. Sure, an arcade war game doesn’t necessarily need to be Citizen Kane, it can be more about the visceral fun of dogfighting than a story. You can have anime girl paint jobs for your aircraft and be a silly dogfighting game. That’s allowed. 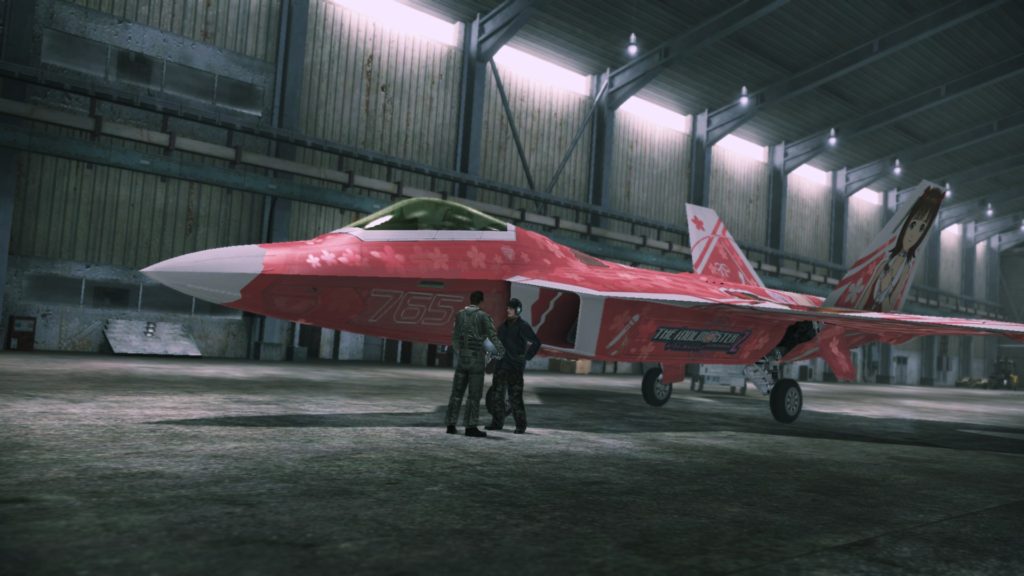 But Ace Combat tries to tug on emotional and patriotic heartstrings, it clearly wants to have something to say and yet comes up woefully short.

But then I take a step back. The story is patently rubbish, the characters unlikeable and motivations absent to me, an internationalist and pacifist. But this kind of story isn’t aimed at me or anyone like me. From the perspective of an American, gun toting, Republican voting patriot with decades of anti-Russian propaganda built into his psyche to fill in the blanks, this could well be a pretty satisfactory story. True American heroes spread freedom through Africa, then those dastardly Russians double cross them. The US steps in to try and stop an anti-democratic coup in Russia and the freedom haters come to the US to get revenge. I’ve had to fill in some gaps, but that hits the same beats as recent Call of Duty games, and those seem to sell pretty well, right?

Interestingly enough, I don’t tend to run into these issues with strategy games, which have been the bulk of my gaming diet. I suppose its about the jingoistic way the story is presented, because I’m more than happy to try and repeat Operation Barbarossa in Unity of Command. Gunning down hundreds of angry spacemen is okay with me too, they’re sufficiently ‘othered’ for me to not give a damn. I wonder though how much is a reaction to Ace Combat giving me little reason to like the good guys and hate the bad guys versus how much is my own baggage. I guess that’s one thing this series should help me sort out.

So whenever trying to put forth a critical view, we need to take into account our own biases as well. Ace Combat’s story sure isn’t what I’m looking for from a game. Since this is my blog, that’s the view I’m going to put forth, but its worth remembering that my opinions come from my own subjective place and its fine to disagree. But inline with this being my blog, I get to set the ground rules and any discourse below shall be civil.

Next cab off the rank is Agatha Christie – The ABC Murders. I’m not expecting much.