Once upon a time, I really liked Audiosurf. A kind of puzzle game with levels generated by your music, it did at the time do some really innovative stuff, which hooked 23 year old me. Yet now going back to Audiosurf, I find that it feels like a chore, a simple game without the design chops of a Pac-Man to elevate it nor any narrative, progression or substantial strategy. So why has this change in perspective been so dramatic? 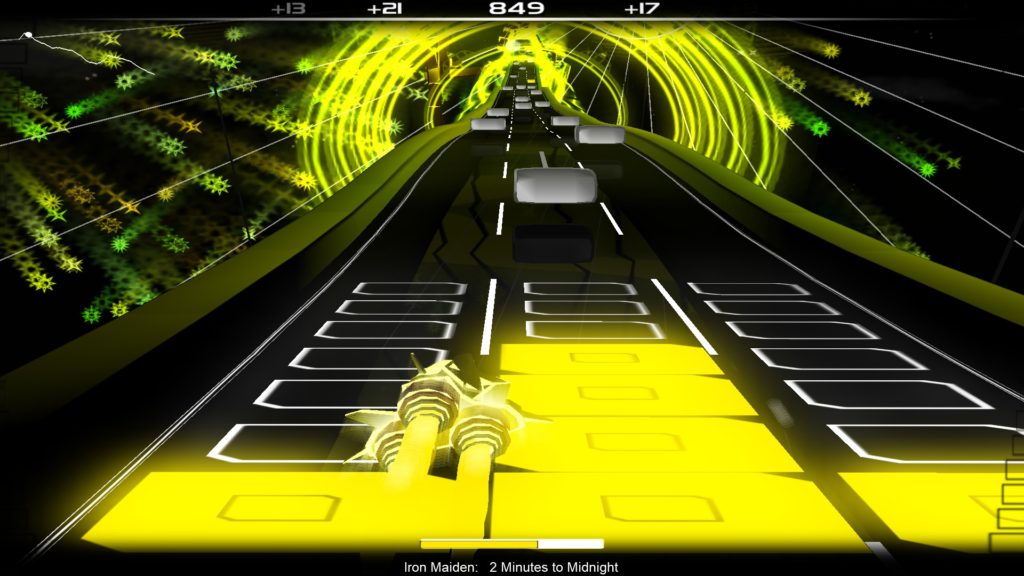 The first option that comes to mind is the simple fact of writing this series. It could be that making a task out of playing these games is stopping me from enjoying them in the moment. It could also potentially be biasing me against games which are simple without chunkier aspects which lend themselves to writing, of which Audiosurf certainly is one.

But looking more at the game and my relation to it, there are also other options which spring to mind. Secondly, I simply am not as interested in music as I was was seven, or even three years ago. Audiosurf can probably be best described as an interactive music visualiser, really serving at its best to heighten your interaction with music. Seven years ago I was wading through the masses of metal, finding new styles and in general making up for the teens I spent not really caring about music. Three years ago I was regularly going to gigs and travelling interstate to see bands like Sabaton, Blind Guardian and Alestorm. Now, music doesn’t seem such an integral part of my life; I’m still interested but its no longer a core component of my being the way it once was. I’ve kind of discovered what I like and am satisifed. Looking at Audiosurf as an interactive music visualiser, my lessened connection with music would certainly have an impact on my enjoyment of it. 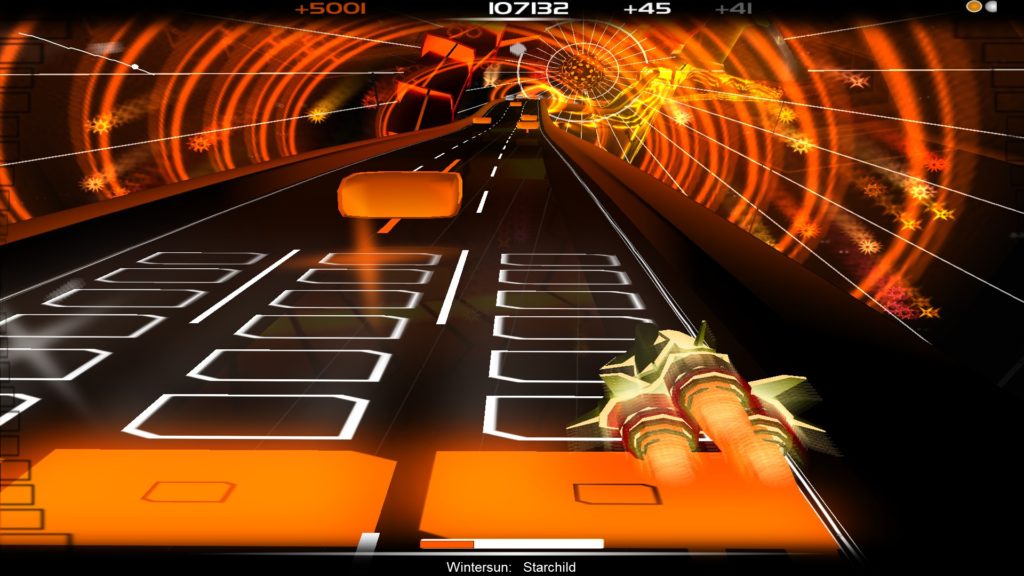 It may be that Audiosurf has simply been superseded since, and without the musical hook being unique, it is no longer that interesting as a game. I moved on to Beat Hazard after Audiosurf, which I felt at the time was a more interesting music-driven game. The relationship between the music and game was probably not so direct as in Audiosurf, but the core game was more interesting. I’ll come to that one fairly soon, so I’ll be interested to see my present reaction. When listening to fast, metal style music, the mono styles are those within Audiosurf which appeal the most. The others provide more traditional match 3 style mechanics, but on songs which blast hard and fast, I don’t really have the dexterity to play those well. I could always go for more chilled music together with these game styles, but that would take away from the experience as well by lessening my connection with the music.

So I’m stuck with the mono modes, which are simple arcade style experiences. But I’ve just played through a bunch of simple arcade experiences (in Dig Dug, Galaga and Pac-Man) which have really tight mechanics and design. I’ll also toss a bone to Devil Daggers, which I’ve been playing outside of this series and similarly has an excellent arcade style gameplay loop. Due to the musically generated nature of Audiosurf, it cannot match those games for level design and the mechanics just don’t feel special.

Audiosurf relies heavily on the novelty of being music-driven, but with my interest in music declining, there isn’t actually a terribly interesting game under the hood. Or possibly, this series has killed my interest in games. It continues on to Awesomenauts, so maybe we’ll find out there.